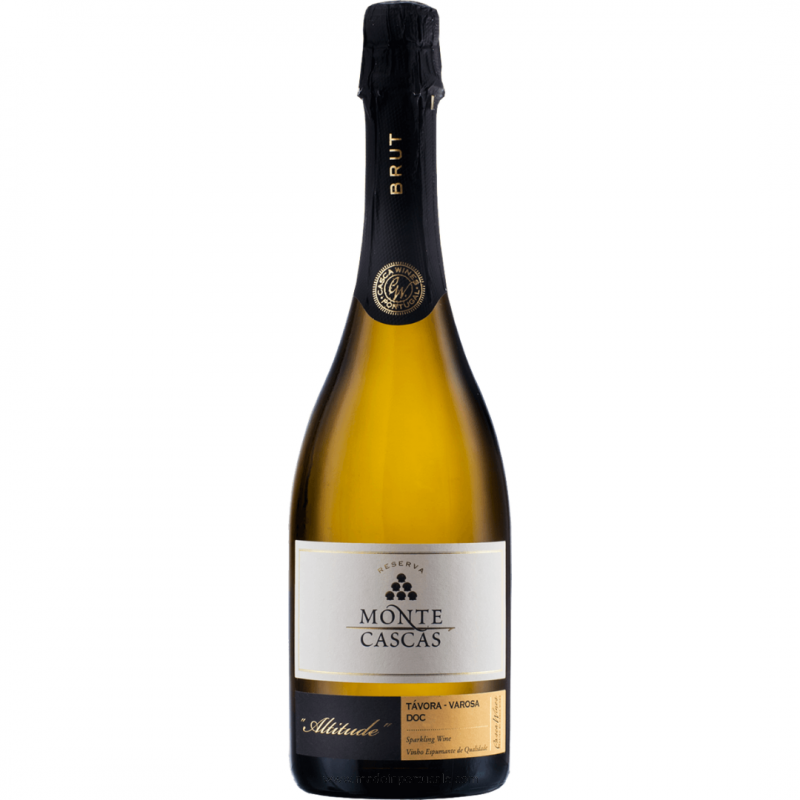 Távora Varosa is one of the fourteen wine regions in Portugal, bordering the Douro and Dão regions (“Duriense” and “Terras do Dão”), we find the Geographical Indication “Terras de Cister” and the Denomination of Origin “Távora -Varosa ”which, being a small region, is nevertheless very relevant in the production of sparkling wines in Portugal, although it also produces fresh white wines and soft reds that deserve attention.

The region that is located at the foot of the slopes of Serra da Nave, between the rivers Paiva and Távora, shows traces of human occupation since the proto-history and passed through it Romans, Suevi and Visigoths. Its unique climatic conditions, of predominantly granitic soils and poor in limestone, sometimes schist with marked erosion and acids and temperate continental and dry climate, with severe winters, make this region privileged in wine production.

To represent this area, we have here Monte Cascas Reserva DOC Brut Sparkling Wine, with a rich and complex style, produced from the varieties Touriga Nacional and Malvasia Fina. Enjoy it !

Tasting Notes:  Monte Cascas Reserva DOC Brut Sparkling Wine 2013 in the glass presents a "lemon" color, on the nose is a complex sparkling wine with notes of cereals, brioche and apple, already in the mouth you can feel notes of brioche and apple, finally, creamy and crispy in a persistent citrus finish.

Our vineyards and olive groves, which are certified.

I recommend it, it kept me very good company during the confinement season and it will continue.

Portugal has some of the best kept secrets in the sparkling wines. Buttery and very well balanced.

I don't usually like Champagne, but this Portuguese sparkling wine won me over. You mip caught my attention, now you have won another fan