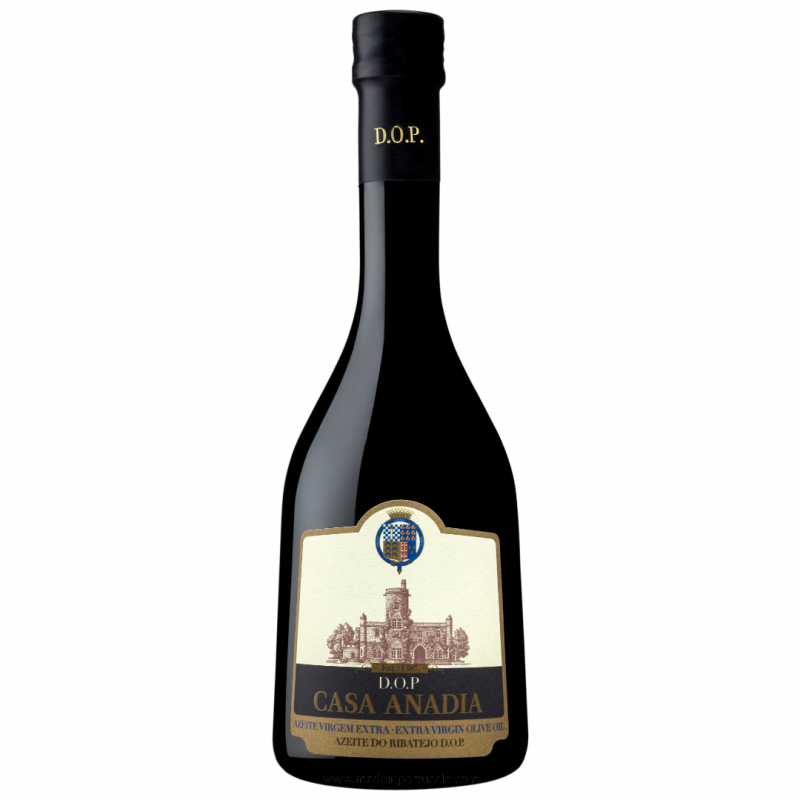 This olive oil is not a common olive oil, we are facing a complex fusion between the varieties of Portuguese, Galega and Cobrançosa olives.

This olive oil with the label Casa Anadia is heir to an ancient tradition that dates back at least to the century. XVII, time of construction of the old manor with chapel, today integrated in Quinta do Bom Sucesso, in Alferrarede, municipality of Abrantes in the Ribatejo region.

Know that in the lands where the raw material is still extracted today, olives have traces of agricultural activities since the 17th century.

Arrived here, this Casa da Anadia Olive Oil is the continuation of a history associated with the culture of Portuguese Olive Oil.

Coming from the Portuguese, Galega and Cobrançosa varieties, our Casa da Anadia DOP Ribatejo Olive Oil, region of Abrantes, is the result of the best selection of Portuguese varieties existing in the terroir of the Ribatejo region. Accompanied and certified all its production has the quality guarantee Azeites do Ribatejo DOP and Casa Anadia. This is a 100% natural reference oil and has not been filtered to keep all of its original properties.

When the harvest of the olives is done in a traditional manual and mechanical way by vibration, in the perfect state of ripeness.

Then in cold extraction, by a continuous two-phase process, decant, approximately 2/3 hours after harvesting.