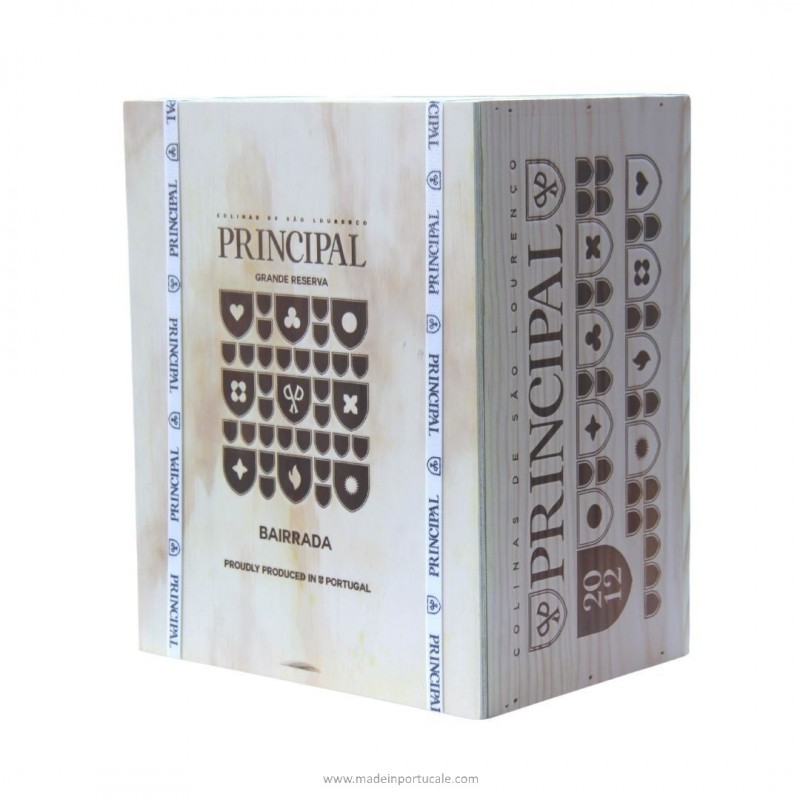 The Bairrada is a wine-producing region. Around the time of Portugal’s, it was a land of passage and conquests, of struggles between Christians and Arabs. Back then, the capital was Coimbra and territory was still being claimed towards the South, but now it is currently full of vitality, of history, and looking for a place in the future.

The PRINCIPAL GRANDE RESERVA Red Wine 2012 has his origin in a property located in the oldest town in the municipality of Anadia and the region of Vinhos da Bairrada. A 2012 Wine, that brought together grapes from the varieties of Touriga Nacional, Cabernet Sauvignon and Merlot. This resulted in a blend of a terroir with a climate of Atlantic influence, one protected by the mountains of Caramulo and Buçaco, with vines planted in gentle hills on clay-soils.

6 other products in the same category: