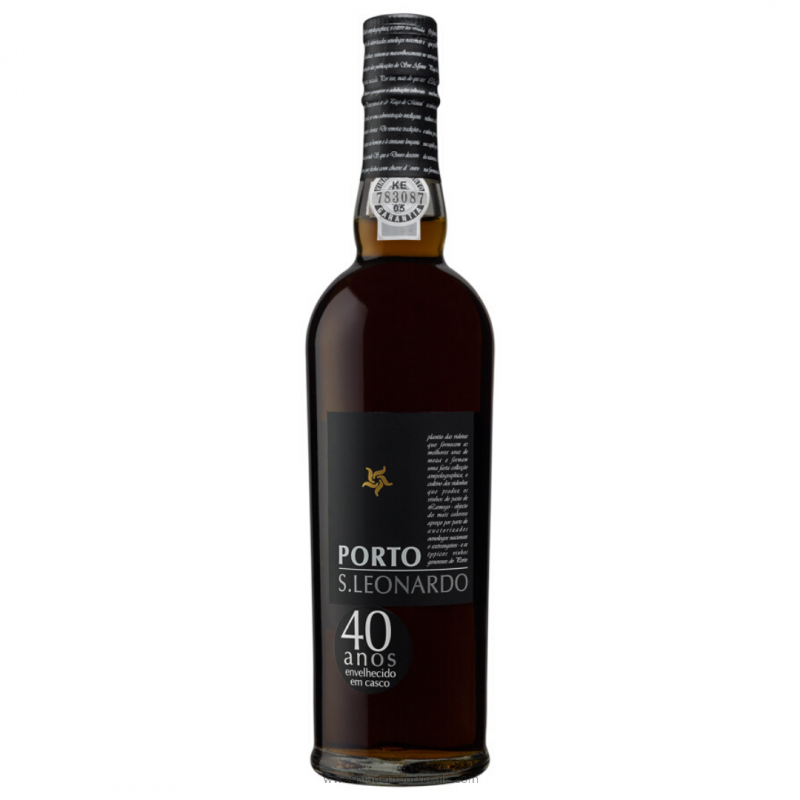 In a magical environement, just a few minutes from the city of Peso da Régua, here is the heart of the project, initially pictured on Forrester's map, is located on Lower Corgo in the District of Lamego. The Estate counts a total of 37ha, including 26ha of vines. ​Here, we can find the typical grapes from the Douro Region.

The origin of the "São Leonardo" brand began with Quintas da Costa and Poisa, where two families lived there, one on each farm, whose caretakers were brothers.

As there was no long-distance media at the time, the roads were very rudimentary. Thus, it was precisely in the middle of the way that they met, in the magnificent viewpoint of São Leonardo da Galafura, that inspired great poets, such as Miguel Torga, and continues today to enchant its visitors who visit the amazing viewpoint of São Leonardo da Galafura, where the poet was very inspired in his literary work.

Port Wine S. Leonardo, in the wine glass, has an auburn color with greenish tones, on the nose, intense aromas of dried fruits and honey. In the mouth, it is full-bodied, soft and harmonious with a balance between sweetness and acidity. Last, but not least, you will notice a long and persistent finish.

This Port Wine S. Leonardo is ideal as a digestive or with sweets, chocolate and nuts or with long-lasting cheeses.

happy with the promotion

Last Christmas I offered to my father, who was delighted, still I speak of the offered you me in many years it had never happened, and I owe it to you guys, now I'm delighted when I come here to my request to address this quarantine and to also use it to offer to my boyfriend’s father, I see that I got a discount. I am very delighted, something positive this time, I have to share joy.

I liked very much.

This Port Wine is amazing.

This is great Port wine. Tks