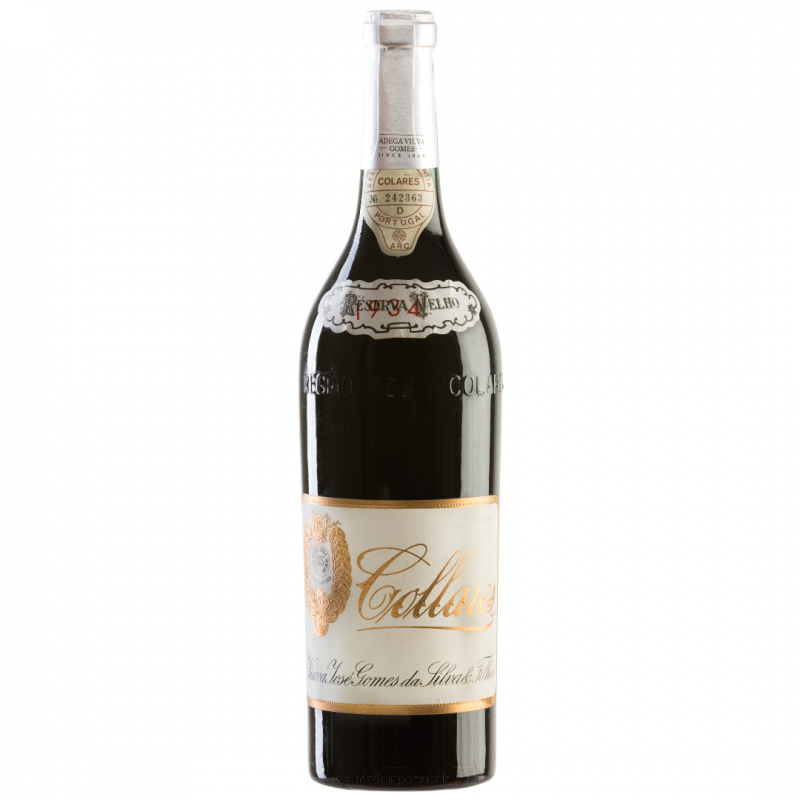 This 1934 Adega Viúva Gomes Red Wine is a Ramisco single varietal, authocthon in this region, from ungrafted vines, planted on the sandy soils of Colares. Antique vintage, carefully kept on Viúva's "volt", which have gained an onion skin color. Aromatic notes of damp earth, tobacco and traces of raisin fruits..

The Red Wine Adega Viúva Gomes 1934 is vinified using a fermentation in a winery, followed by an aging in vats, exotic woods, with the use of a 100% Portuguese natural cork stopper that was changed in 2000, being a wine with an important and 20-year aging potential (check the stopper during aging).

Tasting Notes: Wines like this VIÚVA GOMES RED WINE 1934 have, over time, acquired an onion skin hue, although still have some freshness. In the nose it smells moist earth and raisin cherry, already in the mouth they present a

light structure with rounded tannins and saline notes at the end.

Harmonization: We recommend this monovarietal, Adega Viúva Gomes Reserva Red Wine 1934, recommended wine to accompany game dishes, and it is advisable that for a considerable improvement, it is subject to a previous opening and careful decanting.

Seems to be kinda 'late bottled' due to label and cork being rather intact. Dark garnet with rusty brown rim, some sediment present. Initial weird funk is quickly gone, remain tar and damp earth, basil and balsamic. On tongue cranberry and pan glaze, mint and dogwood berry, iron and plum sauce, dog rose infusion — everything persists and interleaves wave-wise. Savoury yet retained much of fruitiness on palate, goddamn juicy. Go get some, while still available.

I'm so sorry there is no stock