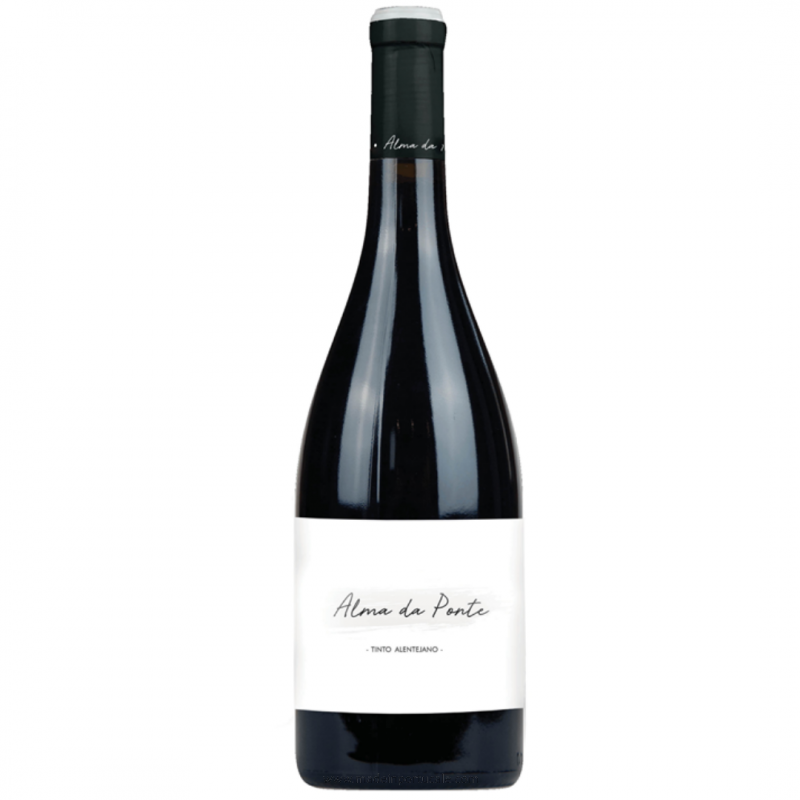 The writer Robert Louis Stevenson described in his work that "a good wine is bottled poetry" while Pasteur said "there is more philosophy in a bottle of wine than in all books." and we ended up reviewing both statements, they are enlightening of what for us Wine represents inspired by the tradition of making wine in Portugal with centuries of history.

By the way, this Alentejo Red Wine, Alma da Ponte 2017 is a good example that we share here.

Winemaker Manuel Vargas on a property located in the Vila Ruiva is a Portuguese parish in the municipality of Cuba, to develop this blend. Municipality of de Cuba in the Alentejo region, in Portugal, which is inserted in the vitiguinícola region of Vidigueira, an area that has numerous historical references on the vine and wine in this region, which go back to the principles of nationality (12th century), such is the importance that this culture has had throughout the times in the region.

Another curiosity of the vineyard where this wine was "born" is that in the village of Vila Ruiva there is a Roman bridge, whose probable date of its construction dates back to the first century before Christ.

It is one of the most monumental Roman bridges that exist in Portugal, with 120 meters in length, 20 arches of very perfect curvature, being classified as a national monument.

It was once served as the road that connected the city of Évora to the capital of the Algarve (Faro) and is still used today after two thousand years allowing the connection between both banks of the Odivelas stream to be maintained.

Very close is the vineyard where the grapes that resulted in this very interesting Alentejo Wine, Alma da Ponte Red 2017 were found and nothing better than an opportunity to pay homage to the Vila Ruiva bridge and the important and significant Roman legacy that spreads over lands Alentejo and all over Portugal, present in the most diverse forms, highlighting the wine culture, the production methods that have persisted until today in Portugal.

Alma da Ponte inspired the production of this blend from the Aragonez, Syrah, Alicante Bouschet and Touriga Nacional grape varieties, having undergone a 10-month aging period in 225 liter American and French oak barrels.

Now enjoy the experience and cheers, open this bottle and drop the story.

Referenced and evaluated on the portal www.clubevinhosportugueses.pt, see the tasting note here 90 Pts.

I like this wine. TOP! I recommend you try it before you run out

I received my last order and this wine was among others. AMAZING WINE, I just regretted not having selected any more bottles. My luck is that it hasn't sold out yet.

Congrats 90PTS this wine it's TOP!

My experience with this blend of Alentejo was amazing

An intense, tasty wine, I literally felt red fruit chew and an excellent finish! I recommend

I knew I had earned 90 points on the portal www.clubevinhosportugueses.pt and I took a chance, and I liked it a lot.

This wine is a pleasant surprise, intense, and tasty. Very good! 5*

Potential to evolve in the bottle, but it will be difficult to resist. Worth it.

This wine is intense and tasty, I enjoyed the notes of red fruits and an excellent finish! I recommend

Good price, great quality, a real surprise, I hope you don't let it run out, because I bought little and I am enjoying this wine with a beautiful color, intense tannins, with notes of wild fruits, good aftertaste. tks madeinportucale