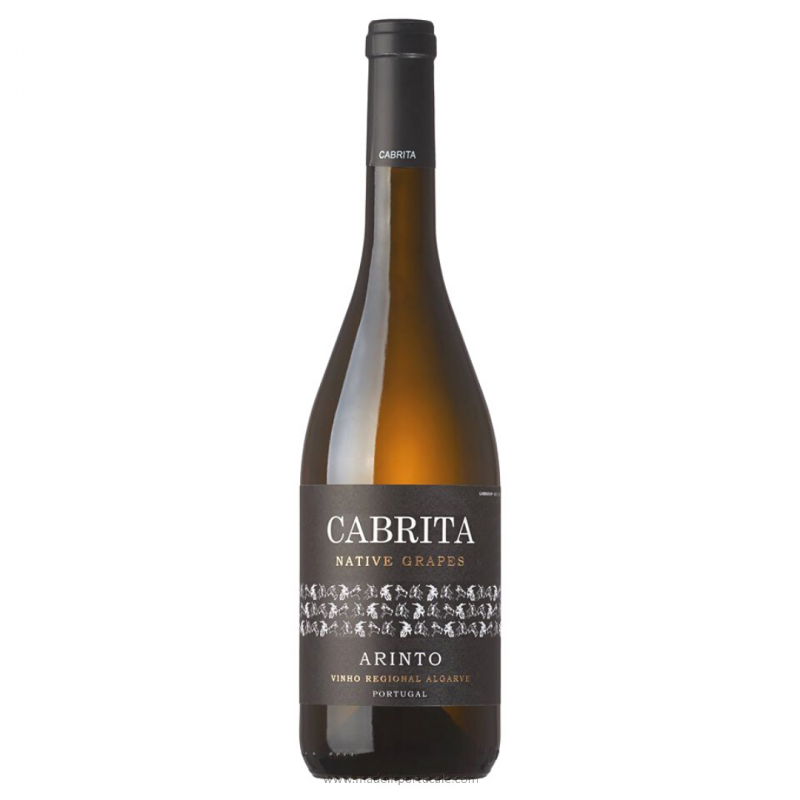 This Wine from the Algarve, Cabrita Native Grapes Moscatel 2017 is produced in the south of Portugal, in the Algarve region. We are facing a region with a very specific climate, in which it is close to the sea, but it also suffers the influence of the mountain (Espinhaço de Cão, Caldeirão and Monchique mountains). The mountains are very important in Algarve farming, as they protect the exploitation from the winds coming from the north. In this way, the climate is hot, dry, with reduced thermal amplitudes and an average of 3000 hours of sunshine per year.

A wine produced on a property where a family legacy started four decades ago, currently having close to 7 hectares of vineyard.

Typical grape varieties reign on these sides, between Crato Branco, Manteúd, Negramole or even Castelão, and with this style it has conquered countless connoisseurs, including several international awards. These grape varieties were joined 15 years ago by Touriga Nacional, Trincadeira and Aragonez.

Manual harvest to small 20kg boxes. The wine ferments with indegenous yeast at controlled temperatures, before a 18 day cuvaison phase folllowed by an 18 month stage in new French oak barrels.

Tasting Notes:  Cabrita Native Grapes ARINTO white Wine is a disconcerting wine, pale yellow in color, in the nose it feels aroma revealed by the tension of the grape variety and its minerality, in the mouth it is an explosion of freshness and fruit, well softened by the creamyness that the stage in lees gives it.

Harmonization: This Cabrita Native Grapes ARINTO white wine is a great company to serve as the right choice of wine to accompany white meat meals, the famous varied fish stews of Portuguese gastronomy and other meals with oven fish.

Premiums achieved:  This Cabrita White Wine 2018 has been awarded between 2005 and 2015 at Concours Mondial Bruxelles, Gold Medal 2013 - Cabrita Reserve Red 2009 at La Selezione del Sindaco, between 2009 and 2015 at International Wine Chalenge - London, and several in Portugal.

I bought when visiting Algarve. It starts somewhat sweet, like honey but it follows with citrusy notes and dry taste. I wish I had bought a few more.