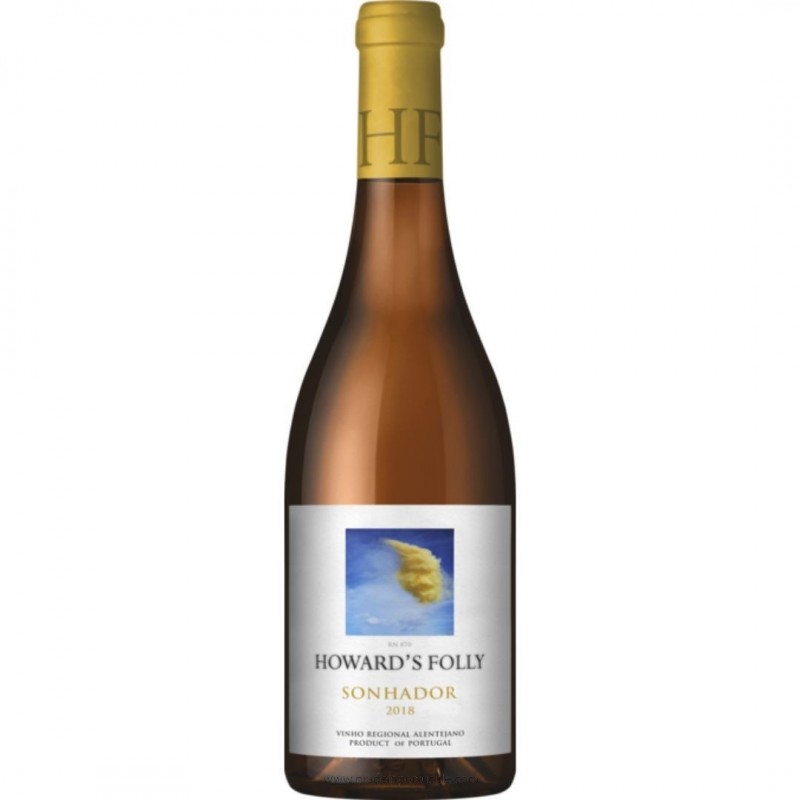 This Howard’s Folly Sonhador 2017 White Wine, is a White Wine from the Alentejo Region.

The white Sonhador Wine 2018 was produced in Portalegre to the northeast of the Alentejo in the granite foothills of the Serra de São Mamede, where it is cooler, with many old vines, which provide this wine with complexity and freshness.

The grapes, after being harvested and selected, were 15 kg plastic boxes, with a yield of 4-5 tons / hectare.

Then in winemaking we had a classified bunch before destemming and crushing. It fermented 48 hours and in new French oak barrels (500 L).

This was followed by 4 months of aging in light lees and was bottled in May 2019.

With the partial aging in new French oak barrels, the complexity that characterizes it is provided.

Awards: This Producer won the Portuguese Red Wine Trophy in both 1999 and 2002 Desafios international wines, in addition to the oenologist of the year (Portugal) 1999, the first non-Portuguese. He is the chief winemaker for the world famous Herdade do Esporão.