> All Blog News > Madeinportucale.com at MIF and PLPEX in Macau 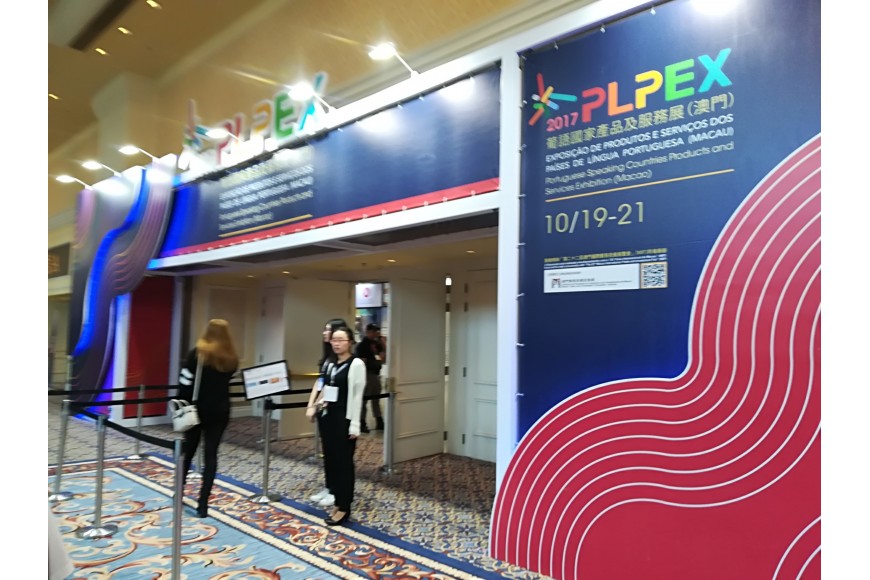 As part of an entourage and business mission organized and promoted by AJEPC - Association of Young Entrepreneurs Portugal - China, we travel to Hong Kong and Macau with intuition and participate in PLPEX and MIF.

The “22nd Macao International Fair” (22nd MIF) and the “Portuguese-speaking Countries 2017 (Macao) - 2017 PLPEX” Products and Services Exhibition closed today (21st) with great success. The three-day event gave rise to the signing of 67 protocols covering cooperation projects between governments and trade associations in the areas of agriculture, tourism, sport, education, internet promotion, product manufacturing, agency and secondary packaging, high-tech packaging, food trade and brand establishment. More than 389 negotiation sessions were held in the Contact Exchange Zone.
The two exhibitions served as a platform for promotion and exhibition, as well as communication and exchange for companies from Mainland China, Portuguese-speaking Countries, countries along the “Strip and Route” and the rest of the world, helping them. expanding abroad and exploiting the development space. At the same time, these events fully demonstrated the dynamic development of Macao's diversified economy. A total of 45 forums, conferences, promotional seminars and other support activities took place during the two exhibitions. In addition, this year's MIF invited Angola and Guangdong to be, respectively, the “Partner Country” and the “Partner Province”, with each of the Partners having their own theme pavilion.
The present edition of MIF was attended by companies from more than 50 countries and regions, with the number of stands surpassing 1500. At the same time, PLPEX, which was held for the first time independently, attracted the presence of more than 210 companies and companies. entities. The holding of the two events in the same period had an even better effect, with satisfactory results and very positive comments from both business and citizens. According to several exhibitors, the autonomous status of PLPEX further enhanced the professionalism of the exhibition and significantly increased the effectiveness of Lusophone contact exchanges. In conjunction with the FIM, the characteristics of the exhibition were even more distinctive, which contributed to meeting the varied needs of entrepreneurs from various sites.
Diversified activities to promote regional cooperation and broaden Macao's development space
This year's exhibitions made further use of the platform's potential, focusing more on themes related to the “Track and Route” initiative and regional economic and trade cooperation. During the exhibitions, successful support was given, among other support activities: the “Forum for Trade and Investment between Angola, Guangdong Province and Macao”; the “Cambodia Trade, Investment and Tourism Development Forum”; the “7th Summit for Commercial and Industrial Development of Jiangsu Province, Macao and Portuguese-speaking Countries”; the “Economic and Trade Exchange Session between Portuguese-speaking Countries, Fujian and Macau”; the “14th World Summit of Chinese Entrepreneurs”; the lecture “How to Support the Entry of Products from Portuguese-Speaking Countries into the Chinese Market”; and the “Investment and Trade Contact Exchange Session between SMEs in China and Portuguese-speaking Countries”. Through these initiatives, the aim is to promote dialogue between the parties involved, to foster trade cooperation between China and Portuguese-speaking countries, to support companies to expand abroad and to exploit the markets of the countries of regions throughout the world. “Route and Route”, boost multilateral economic and trade exchanges and provide more business and development opportunities for businesses and young people in the area. In addition, the PLP fashion shows, demonstrations of artisans' works and cultural shows in Portuguese-speaking countries have captured the interest of many businessmen and citizens.
Most notable effect produced by simultaneous realization of MIF and PLPEX

The 22rd Macau International Trade Fair (MIF) and the Portuguese-Speaking-Countries Products and Services Exhibition 2017 (Macau) – PLPEX 2017 will be held on  October of next year, announced the Macau Trade and Investment Promotion Institute (IPIM).

The IPIM statement said that in the 2017 edition, which ended at the weekend, 67 protocols were signed, covering cooperation projects between governments and trade associations in the areas of agriculture, tourism, sport, education, Internet promotion, technology and trade in food products.

IPIM, which is responsible for organising both events, also reported that 389 contact meetings were held.

During the two exhibitions, there were 45 meetings, conferences and promotional seminars. Angola and the Chinese province of Guangdong were respectively, ´Partner Country´ and ´Partner Province’ at this year’s MIF.

In the 2017 edition, more than 1,500 pavilions were installed and companies from more than 50 countries and regions took part. Alongside this, PLPEX, held for the first time independently, attracted more than 210 companies and entities.

During MIF and PLPEX the “Forum for Trade and Investment between Angola, Guangdong Province and Macau” took place as well as the “7th Summit for Commercial and Industrial Development of Jiangsu Province, Macau and Portuguese-Speaking Countries,” the “Portuguese-Speaking Countries, Fujian and Macao Economic Exchange,” and the “14th World Chinese Entrepreneurs Convention.”

The IPIM statement said these initiatives are designed to foster trade cooperation between China and Portuguese-speaking countries, to support companies to expand abroad and to explore the market of countries in regions along the “Belt and Road.”

According to IPIM, these trade fairs are also intended to increase multilateral economic and trade exchanges and provide more business and development opportunities to businesses and youth in Macau. 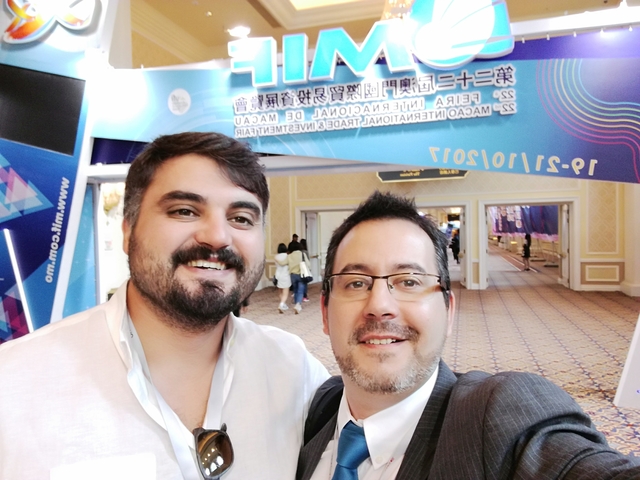