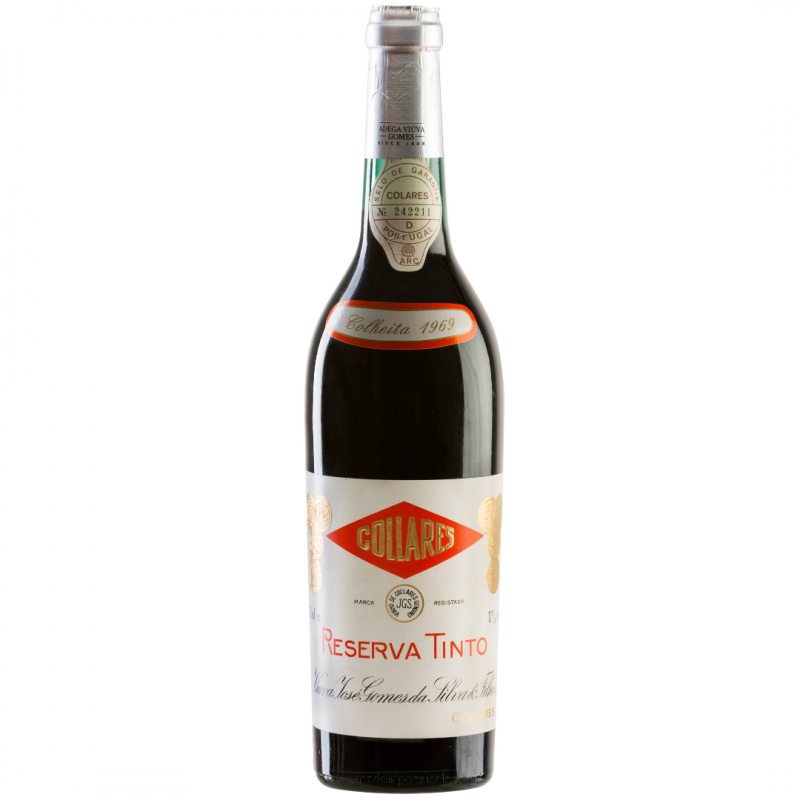 This 1969 Adega Viúva Gomes Red Wine is a monovarietal of the Ramisco grape variety, indigenous to the demarcated region, from free standing vines planted in the sandy soils of Colares. Old crops, carefully kept in the "widow" of the Widow, which over time took on an onion skin tone. Aromatic notes of moist earth and raisin cherry, while maintaining a pleasant freshness and lively tannins.

The Red Wine Adega Viúva Gomes 1969 is vinified using a fermentation in a winery, followed by an aging in vats, exotic woods, with the use of a 100% Portuguese natural cork stopper that was changed in 2000, being a wine with an important and 20-year aging potential (check the stopper during aging).

Tasting Notes: The Red Wine Adega Viúva Gomes 1969 gained over time a brownish tint, although it maintains a pleasant freshness, on the nose you can feel the aromas of cherry in the air, already in the mouth, it presents a light structure with well-marked tannins and notes of iodine at the end.

Harmonization: We recommend this monovarietal, Adega Viúva Gomes Reserva 1969, recommended wine to accompany game dishes, and it is advisable that for a considerable improvement, it is subject to a previous opening and careful decanting.

Good wine, nice price and tks your support and follow-up.

A great matured and aged wine