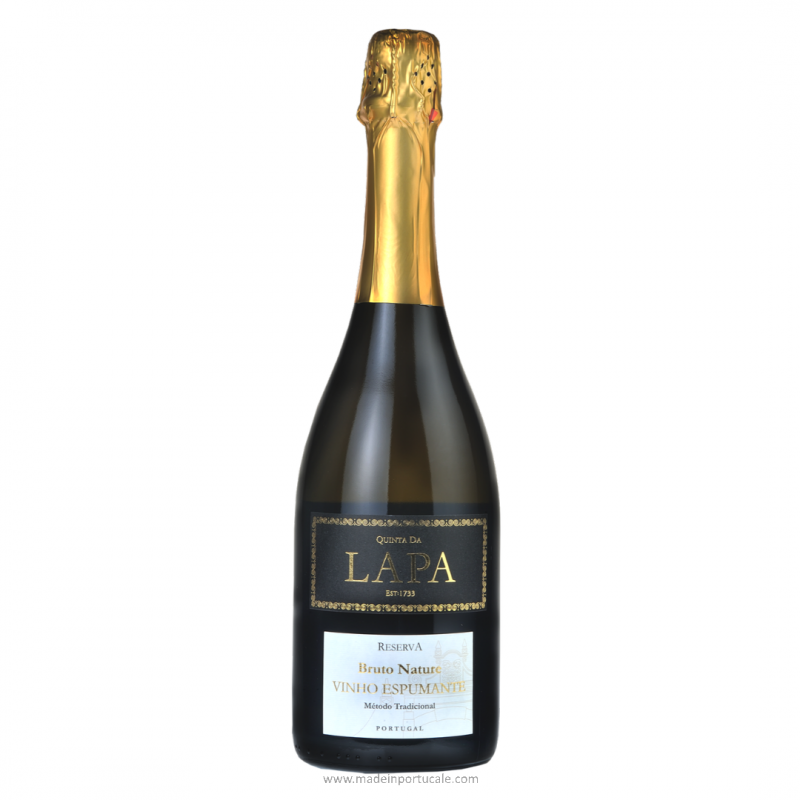 This Portuguese sparkling wine "QUINTA DA LAPA BRUTO NATURE RESERVE SPARKLING" is produced from a Portuguese variety, which is very versatile, so it is grown in almost all wine regions in Portugal, and comes in the region of Vinhos Verdes, Whites an nationwide, very prevalent in the Bucelas region.

This sparkling wine is 100% of the Arinto variety.

The Quinta da Lapa Bruto Nature Reserve 2014 sparkling wine was made from a fermentation of the base wine in a temperature controlled stainless steel vat.

Longevity: We are looking for a good wine to invest and save some examples, as it can age in good condition for a period of at least 5 years.

Harmonization: Great as an aperitif. Pairs perfectly with oysters, steamed fish and seafood. A great match to elaborate desserts.

he did not know, nor did he know that in Portugal they also produced sparkling wine.
Many thanks to madeinportucale for this new discovery.

I confess I did not have high expectations, but now that I received my third order, I increased the amount so that I could have something after Christmas.