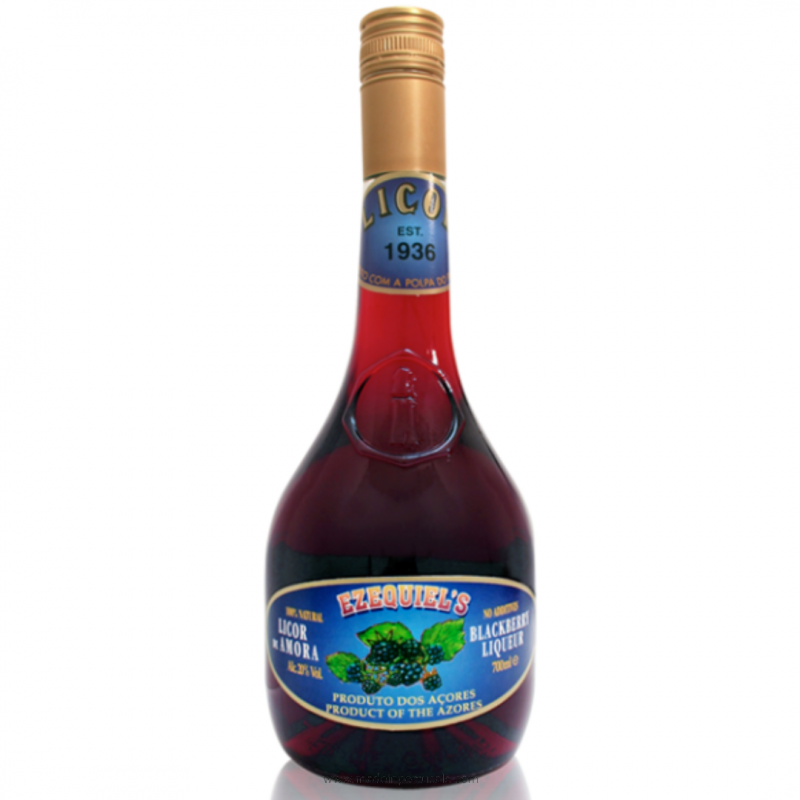 It is a Product of the Azores.

In the municipality of Ribeira Grande on the island of São Miguel in the archipelago of the Azores, Ezequiel Blackberry Liquor has been produced since 1936, made even with the Blackberry, which is abundantly and of superior quality harvested in the Azores, this liquor has a unique flavor. and special, perhaps because in addition to the quality of the raw material, the special recipe, this liqueur does not contain preservatives or dyes, so an unparalleled flavor.

What many people do not know is that, perhaps the Ezequiel Blackberry Liquor is the most awarded liquor in Portugal with 6 gold medals, with prominence both nationally and internationally, for its product quality being notoriously outstanding.

The Ezequiel Blackberry Liquor that is produced in the beautiful and beautiful São Miguel Island, Azores, from the best fresh pulp of Regional passion fruit, without using dyes or preservatives, always with respect to the original formula, created in 1936. The Pineapple is a exotic tropical fruit and is believed to have arrived in the Azores from Brazil by the hand of returning emigrants.