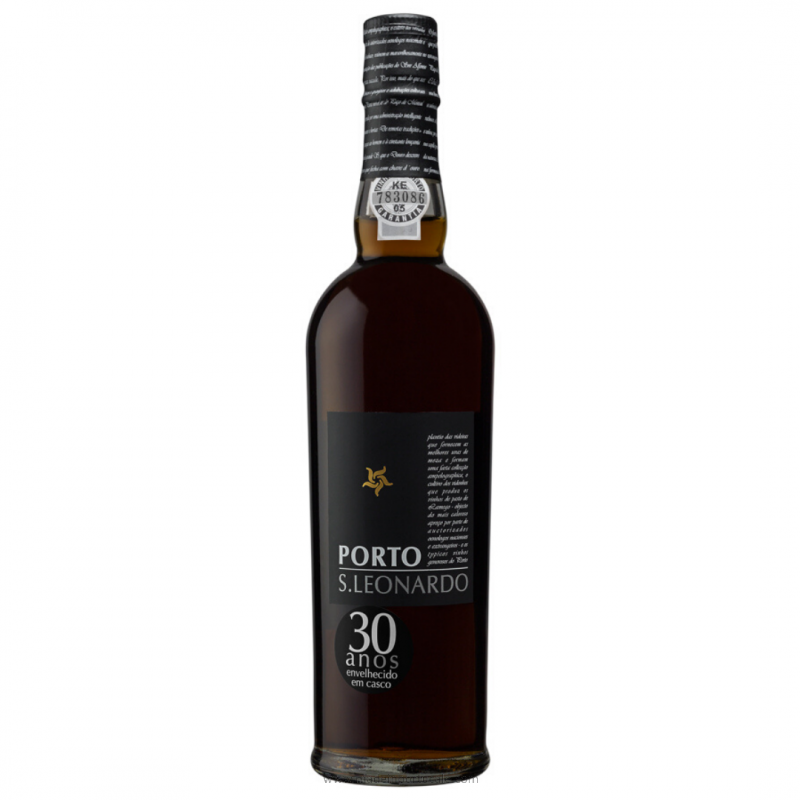 In a magical environement, just a few minutes from the city of Peso da Régua, here is the heart of the project, initially pictured on Forrester's map, is located on Lower Corgo in the District of Lamego. The Estate counts a total of 37ha, including 26ha of vines. ​Here, we can find the typical grapes from the Douro Region.

The origin of the "São Leonardo" brand began with Quintas da Costa and Poisa, where two families lived there, one on each farm, whose caretakers were brothers.

This Port Wine S. Leonardo Tawny 30 Years Old, is presented in the glass with a tawny color, Tawny, the nose highlights the intense aromas of dried fruits and spices, in the mouth it is full-bodied, soft and harmonious with a balance between sweetness and acidity, finally, the aftertaste is long and persistent.

Harmonization: This Port Wine S. Leonardo is ideal as a digestive or with sweets, chocolate and nuts or with long-lasting cheeses.