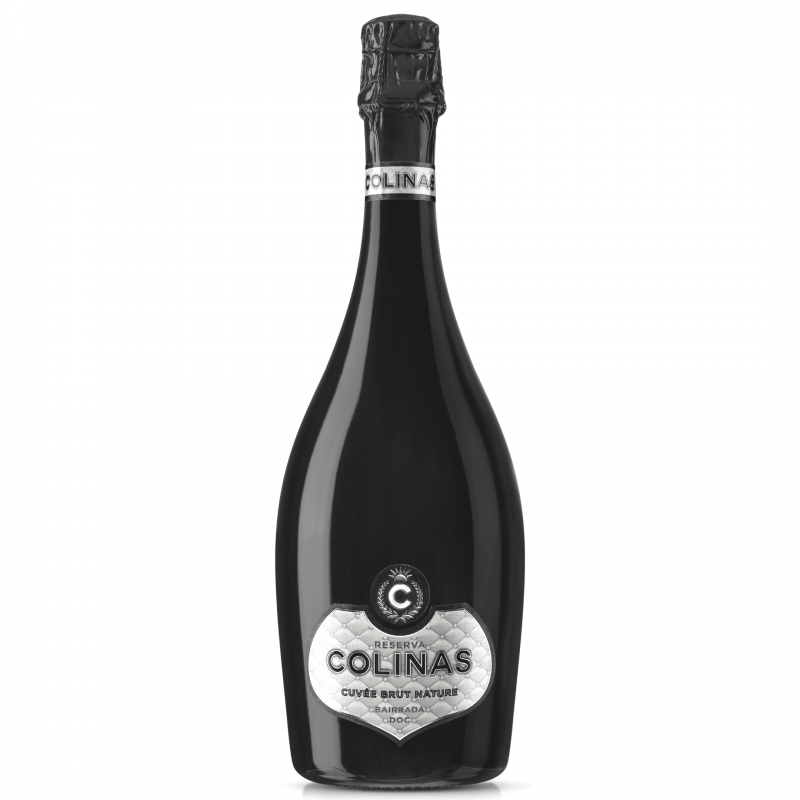 The Bairrada Wine Region is one of the fourteen wine producing regions in Portugal, in the past, a land of passage and of conquests, of struggles between Christians and Arabs at the time of Portugal's formation, when the capital of the kingdom was Coimbra and the way the affirmation went south, currently full of vitality, full of history, looking for a place in the future that we believe it will have.

COLINAS BRUT NATURE White 2015 is a Portuguese sparkling wine, originating in the Bairrada Wine Region, using Chardonnay grapes in a terroir with an Atlantic influence climate, protected by the Caramulo and Buçaco mountains.

The grapes that resulted in the COLINAS BRUT NATURE White 2015 Wine were harvested in vineyards planted in gentle hills, with clay-limestone soils.

This sparkling wine with 12.5% ​​alcohol was produced using the classic method, having been subjected to a stage of 3 years before degorgement, and if you want to keep some specimens it should be kept in a place protected from light and without great thermal amplitudes, preferably between 12 and 14ºC, as it has a longevity potential.

First Portuguese sparkling for me and I really enjoyed it