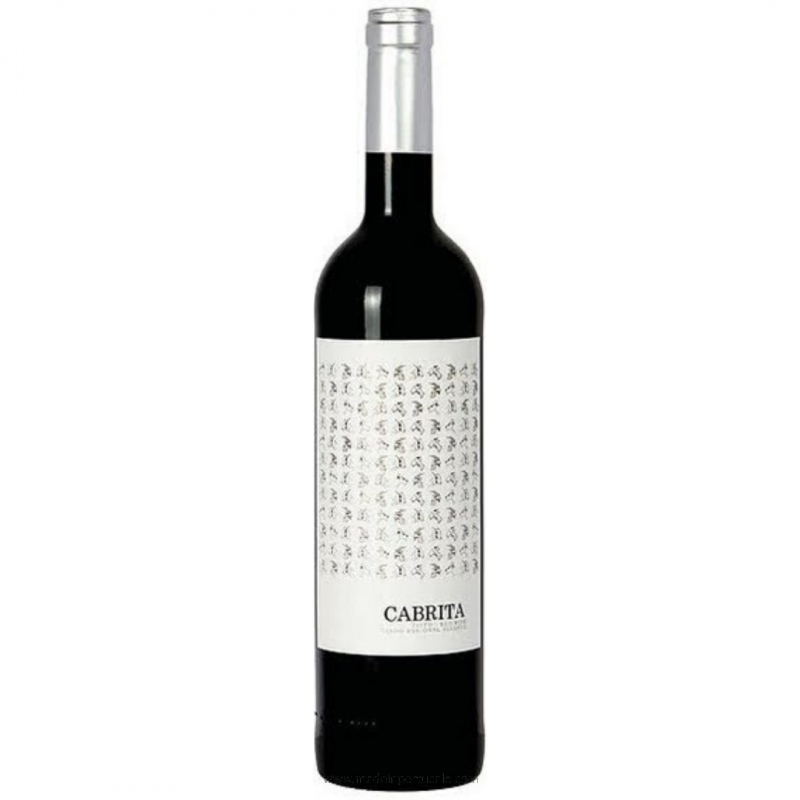 Cabrita Red Wine 2018 is produced in the south of Portugal, in the Algarve region. This region has a very specific climate, in which it is close to the sea, but also under the influence of the mountains (Espinhaço de Cão, Caldeirão and Monchique mountains). The mountains are very important for farming in Algarve, as they protect it from the North winds. So, the climate is hot, dry, with low thermal amplitudes and an average of 3000 hours of sunshine a year.

This wine was produced in a property with 7ha of vines and a family legacy of over 4 decades.

Typical grape varieties in this region range from Crato Branco, Manteúd, Negramole or even Castelão, which have conquered countless connoisseurs, and been granted several international awards. These grape varieties were joined 15 years ago by Touriga Nacional, Trincadeira and Aragonez.

This wine ferments with indigenous yeast at controlled temperatures, before a 18 day cuvaison phase followed by an 18 month stage in new French oak barrels.

Cabrita Red Wine is presented with a beautiful ruby violet color. On the nose, you can feel the floral notes of Touriga National along with the red fruit of Trincadeira. In the mouth, it is round and fresh.

Premiums achieved:  This Cabrita White Wine 2018 has been awarded between 2005 and 2015 at Concours Mondial Bruxelles, Gold Medal 2013 - Cabrita Reserve Red 2009 at La Selezione del Sindaco, between 2009 and 2015 at International Wine Chalenge - London, and several other awards in Portugal.

I really enjoyed the experience, initially concerned about the delay in transport, but I had your support over time and now that I received it, it tasted and was worth every euro. see you later